Join us to an amazing, inspiring, life-changing experience to the Holy Land. Here are just a few of the places and holy sites you’ll visit during our Signature Footsteps of Christ 10 day Holy Land Tour to the Land of the Bible. 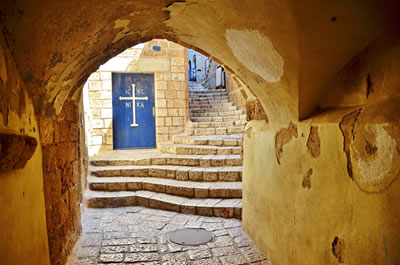 Tel Aviv, Western Coast to Meggido region: Tel Aviv, a city situated on the Mediterranean coast, is a unique cosmopolitan metropolis where new meets old with contemporary architecture, promenades, stunning beaches, restaurants and street cafes. Minutes from Tel Aviv, Jaffa is where the Apostle Peter made the miracle of raising Tabitha from the dead (Acts 9:36-43), and a short 45-minute drive up the Western Coast are the ruins at the Caesarea National Park. An ancient port city built by King Herod the Great that once rivaled Carthage and Alexandria and was the center of early Christianity (Acts 9:30, Acts 10:24-48). 35-minutes farther up the Western Coast is Haifa with Mount Carmel (1 Kings 18:16-24), and 37 km southeast-inland is Megiddo. The New Testament’s Book of Revelation foretells the ultimate reckoning on this very location. The Scriptures (Revelation 16) describes seven bowls of God’s wrath poured onto the earth – death in the seas, plagues of sores, rivers of blood – and a final gathering of the armies on the hill of Megiddo, named Har Megiddo in Hebrew, giving the word ‘Armageddon’. 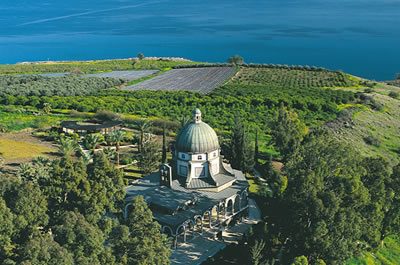 Galilee region: “And Jesus went about all Galilee, teaching in their synagogues, proclaiming the good news of the kingdom, and healing every disease and sickness among the people.” (Matthew 4:23). The importance of the Galilee in the life and ministry of Jesus is immeasurable. After all, when examining the New Testament texts 83 percent of Jesus’ miracles took place in the Galilee region. The dramatic miracle of walking on water (Mark 6:47-52). The multiplication of the loaves and fishes (John 6:1-14, Matthew 14:13-21). And it is Nazareth, the Galilee area where Jesus’ spent his childhood, and where the Holy Spirit descended like a dove into Jesus after being Baptized by John the Baptist in the Jordan River (Matthew 3:13-17), the river that flows in to the Sea of Galilee. 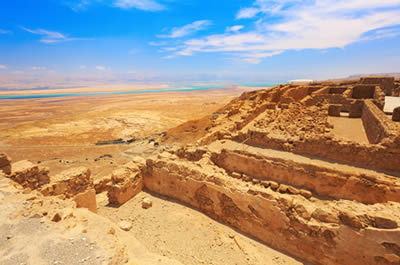 Dead Sea region: The lowest place on earth, the Dead Sea (431 meters below sea level) provides amazing natural beauty, incredible ancient history, and is a place where you can rejuvenate with therapeutic Dead Sea mud, and swim and float in the cobalt blue water of the “Salt Sea,” as it was known by this name in the Bible. Masada the mountain fortress is beyond belief, and Qumran where the cache of ancient biblical text known as the Dead Sea Scrolls were discovered. The Dead Sea area, unlike the Galilee does not figure prominently in the Scriptures however it was mentioned in the Bible when an army of Ammonites and Moabites crossed the shallow part of the Dead Sea to attack King Jehoshaphat (2 Chronicles 20). 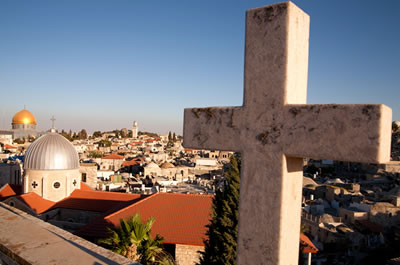 Jerusalem region: Jerusalem is of great importance to Christians. Jerusalem is the city where Jesus was brought there as a child, to be presented at the Temple (Luke 2:22-40), and to attend every year the Festival of the Passover (Luke 2:41). Where he healed on the Sabbath day (Mark 3:1-6), and where he cleansed the Temple (Matthew 21:12-17). Jerusalem is where the Last Supper took place (Luke 22), and where he was judged, condemned before Pilate (John 18:28-38), and crucified (Matthew 27:32-56, John 19, Luke 23:26-43). He rose on the third day from his tomb according to the Scriptures (1 Corinthians 15), and the Mount of Olives in Jerusalem is where the Lord ascended in to heaven (acts 1).

The following destinations and tour highlights are included for our Footsteps of Christ 15 day Holy Land Tour with Egypt and Jordan, "Where it all Began." 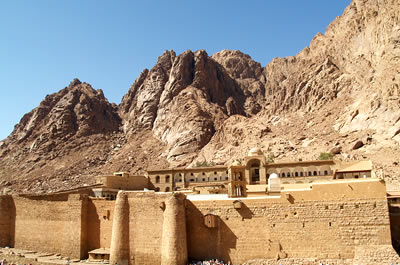 Egypt to Jordan: Egypt, famous for the Nile River and the Pyramids, is of deep religious significance in Bible history. Under the shadow of Egypt the nation of Israel emerged out from the Exodus (Book of Exodus). Moses, born and educated in Egypt is credited by tradition of writing the Five Books of the Bible; Genesis, Exodus, Leviticus, Numbers, and Deuteronomy, with many of the events taking place in Egypt. Mt Sinai is revered by Jews, Muslims, and Christians, all of whom believe that Moses received the Ten Commandments by God (Exodus 20:1-17) at the summit. The mountain is stunning and not difficult to climb for most pilgrims, and it provides a magnificent view of the surrounding area. Petra, (Isaiah 2:10) is one of the world’s greatest archaeological sites, and Mt Nebo from where Moses viewed the Promise Land (Deuteronomy 34:4), are situated in Jordan.

The following destinations and tour highlights are included for our Footsteps of Christ 12 day Holy Land Tour and Jordan.

The following destinations and tour highlights are included for our Footsteps of Christ 13 day Holy Land Tour and Rome.

The following destinations and tour highlights are included for our Footsteps of Christ 13 day Holy Land Tour and Istanbul.

The following destinations and tour highlights are included for our Footsteps of Christ 14 day Holy Land Tour and Athens.

Everyone needs this experience. Our tour was a life changing event as we took the tour “In the Footsteps of Christ,” walking where Jesus walked makes the Bible come alive.

This tour was very well run. It was our first time to Israel and we felt very safe and taken care of. Thank you so much for a great tour to the Holy Land.