The Hagia Sophia situated in the Old City of Istanbul has served as a major landmark for centuries visited by millions of tourist including pilgrims touring on the popular Footsteps of St. Paul, Seven Churches of Asia Minor, and Holy Land and Istanbul Christian tours.

The Church of Saint Catherine in Bethlehem

The Church of Saint Catherine is a 19th- century Roman Catholic Church located adjacent to the Basilica of the Nativity in Bethlehem. The Chapel was built over the cave where Jesus was born, and it even shares a wall with the Basilica of Nativity. 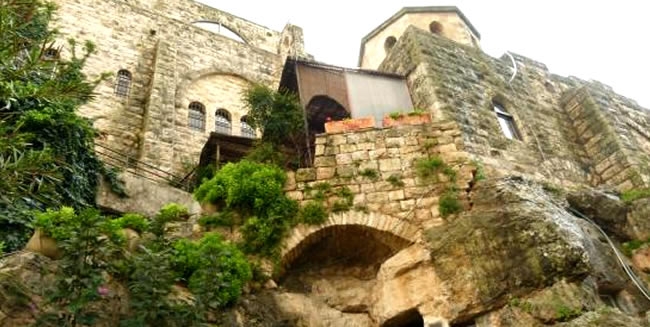 The Monastery of Saint John in the Wilderness in the Holyland

The Monastery of Saint John in the Wilderness is a Franciscan Catholic monastery commemorating the childhood wanderings of John the Baptist in the area. Luke tells us in the scriptures that John "grew and became strong in spirit; and he lived in the desert until he appeared publicly to Israel" (Luke 1:80). Tradition identifies the deserted place where Saint John grew up as the hermitage of Saint John in the Desert, also known as 'Ain el-Habis (spring of the hermit.)  The site is located in the center of the Judean hills, about 1.8 miles from Ein Karem, St. John’s birthplace, which is itself just 4.5 miles west of Jerusalem.