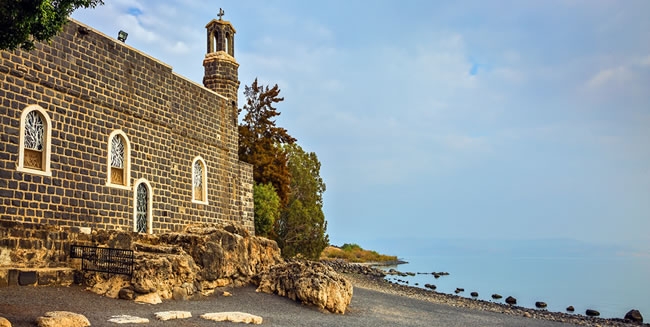 Christians Traveling to Israel Visit The Church of the Primacy of St. Peter

Written by Holy Land Tours
Rate this item
(2 votes)
The Church of the Primacy of St. Peter is a Franciscan church situated in Tabgha steps away from the Sea of Galilee, and traditionally marking the spot, of Jesus’ reinstatement of Peter (John 21) after a fish breakfast on the shores of the lake.
Published in Christian Sites
Tagged under
Read more... 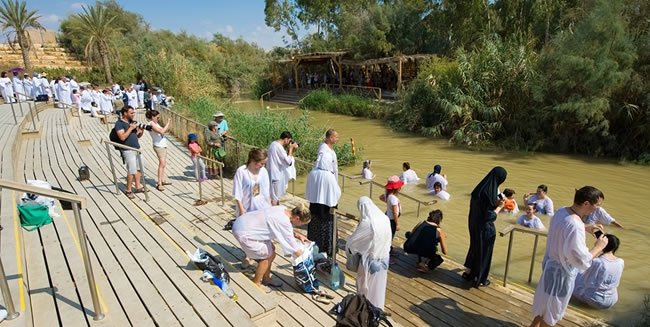 Qasr el Yahud is a baptism site in the Jordan River Valley region of the West Bank, claimed by the State of Palestine and under Israeli occupation. Because of this the more popular and easier access Yardenit Baptismal Site is where nearly all Christian pilgrims traveling to the region will visit during their Christian escorted tours to Israel. 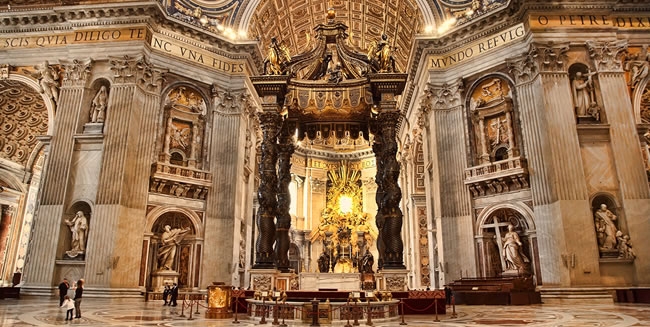 Travel to Rome and Visit St. Peter’s Basilica on a Amazing Christian Tour to the Vatican

St. Peter’s Basilica (Italian: San Pietro in Vaticano), also called the New St. Peter’s Basilica is perhaps the most famous basilica of all located in Vatican City, an enclave of Rome. The Basilica was erected on the traditional site where St. Peter the apostle, whom is also considered the first Pope, was crucified and buried. The tomb of St. Peter is located under the main altar. The edifice - known as the church of the popes is a major Catholic Holy Land tour site, and the final resting place for many Popes.

Published in Christian Sites
Tagged under
Read more...
Page 3 of 14