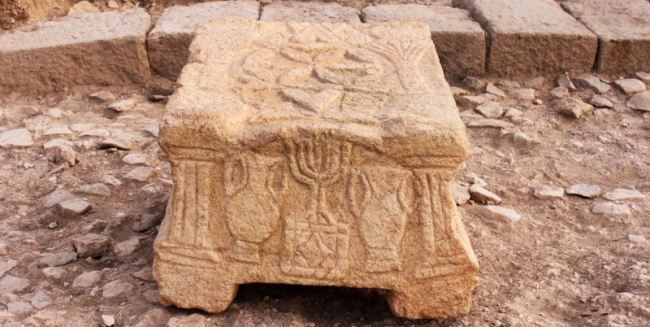 Magdala also called Dalmanutha is located in the Sea of Galilee, a major 1st century port, and a focal point of exchange and trade, known for Mary Magdalene being born in this wealthy trading and fishing center (Mark 8:10 ; Matthew 15:39 , Luke 8:2 ). The port was a major exporter of salted fish to business sectors as far away as Europe. Archaeological discoveries in the 21st century have made it a Israel Christian pilgrimage tour destination.

A thriving community during Jesus time, Josephus a Jewish Historian writes Magdala had a population of 40,000 people and a fleet of 230 boats 30 years after Jesus died. The enigmatic woman – revered as a saint by Catholics, Anglican, Lutheran, and Orthodox churches was one of a few eye witnesses at Christ crucifixion and the first recorded person to have seen His resurrection (Matthew 28, Luke 24, John 20) as it’s stated in the Gospels. Whether Mary Magdalene was born in Magdala or lived there is not know, yet she was likely a rich women.

Magdala, on the western side of the Sea of Galilee between Tiberias and Capernaum, is mentioned in the New Testament. The Gospel of Matthew (15:39) says He went there by boat — but there are some uncertainties, since some early writings reference the name spelled as Magadan. However both Mark & Matthew say Jesus preached in synagogues “throughout Galilee,” and Magdala was only 10 km from Capernaum, where Jesus began his ministry, therefore it is highly likely the present Magdala is the one mentioned in the Scriptures.

Father Juan Solana, the papal appointee of Notre Dame of Jerusalem, envisioned a place where Holy Land tour pilgrims could find a retreat in the shores of the Sea of Galilee. He began construction of Magdala in 2009, and no one could have ever imagined what was discovered. As workers started their dig for the foundation of the retreat house, they unearthed a 1st Century Synagogue, where it is certain Jesus taught. In the synagogue it was also discovered The Magdala Stone, a finding that many archaeologist believe is the most significant archaeological discovery in the past 50 years.

As archaeologists continued the dig, they uncovered an entire 1st century Jewish town lying just below surface. With only 10% of the archaeology dig completed, the hometown of Mary Magdalene already provides Christian pilgrims groups to Israel an authentic place to walk where Jesus taught and to connect with the 1st century life of Jesus’ followers. Visiting Magdalene at this time will likely need a private Israel tour or taking time on your own while in the Galilee to visit. It is a place of pilgrimage, “through God´s own providence, Magdala is growing in his message and spirituality,” Father Juan Solana writes.

More in this category: « Visit the Tower of David Museum in Jerusalem during your Tour to Israel Christians Tour Israel and Tabgha along the Shores of the Galilee »
back to top